I have no words for this.

Blogger lets me see what people search for in Google when they stumble across my blog.  I was idly checking those stats today.

...You guys I have no words.  I can't decide whether this is hilarious or slightly disturbing.  I'm going to go with both.

Email ThisBlogThis!Share to TwitterShare to FacebookShare to Pinterest
Links to this post
Labels: I can't believe it but I do, LEGOLAS MY LOVE, Readers who are awesome, Sexy sexy hotness, slighly disturbing in a hilarious way, Stuff that's only funny to me

Top ten fictional characters that I'd like to get my yum on with. Awwww yeah.

(I have no idea what that title even means.  Can you get your yum on with someone?  I don't know, but if you can, I'm going to do it every single day for the rest of forever.)

Today is Valentine's Day, did you know?  Some of us are rather Valentine-less and have to rely on vivid imaginations and heart-shaped cookies to carry us through the day.  Others get to face kiss for hours.  WHATEVER.  The rest of us don't even care.  Enjoy your face kissing.  Jerks.

Anyway, in order to stop the pain just for fun, I've compiled a list of my favorite fictional mega hotties.  Enjoy.  Please keep your drool off the post.  Kthx.

Number 10: Link from The Legend of Zelda

Mmmmm.  Link.  The hair, the pointy ears, THE HAT.  I mean look at him.  He's like sexy wrapped in hot dusted with fiiiiiine.

Pros: If I were ever in danger from the evil Ganondorf, Link would totally have my back.  Also, he's probably really really good at braiding hair.  And I bet he's sensitive.

Cons: I've never actually heard him talk, although he does grunt occasionally.  That would kind of be a conversation killer.  Also, Navi is always following him around and every ten seconds she'd be all, "HEY!  LISTEN!" and then proceed to give Link really obvious dating tips like, "Kissing is when you put your mouth on another mouth" and then it would kind of get awkward. 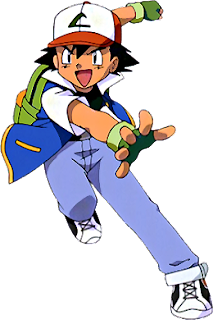 Oh Ash...the enthusiasm.  The naivete.  THE HAT!  Is it totally weird that I have a crush on him?  True, he was ten when he began his epic journey of awesome, but then again, I was a kid when I started loving him.  So logically he's probably old enough for me to love now.  Right?  Right guys?

Pros: Ash probably would be the most enthusiastic date ever.  Also, he would be impressed by my extensive Pokemon card collection.  And have you heard him laugh?  It's super cute!!!11`2!11` 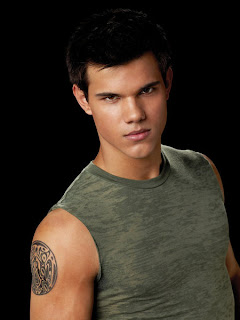 Oh come on.  Don't pretend like you don't love him.  I firmly believe that Stephenie Meyer trapped him in her world of insanity and that he's been battling his way out ever since.  JACOB IS HOT, I TELL YOU.  Just...skip Breaking Dawn.  Please

Pros: He's warm and muscular and so hot that it makes my teeth sweat.  Also, he's funny and friendly and I bet he would be really good at kissing.  Like...really good.  Plus, he could be my boyfriend AND my pet, thus eliminating my need for twelve puppies.  Instead I could have Jacob and three puppies. 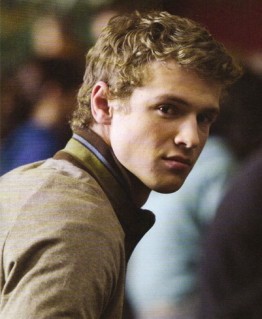 I know that Cormac is a grade A idiot-face, but I mean...look at him.  He's just so beautiful.  Also, he plays quidditch and that's just sexy.  Quidditch players are the hottest athletes of all.

Pros: When he plays quidditch I could totally brag and be all, "Look at my super hot boyfriend being all awesome and magical and stuff" and then he could also teach me how to fly on a broomstick and it would be just like the time that I dreamed I was accepted into Hogwarts.  That would totally make up for my uncontrollable weeping on the night of my 11th birthday.  What are the chances that my acceptance letter is just 7 years late?  Probably pretty good, right?  ...Right? 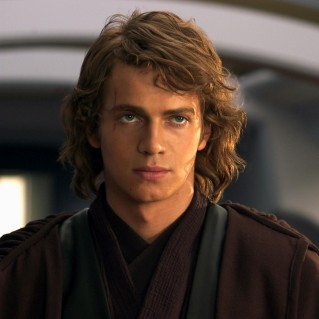 Wanna Force kiss?  I love Anakin, not for his whiny, crappy character, but for his luscious hair.

Pros: Anakin is basically incredibly skilled at everything, so much so that he can even defy physics, Coruscant assassin chase style.  Um, also I would be dating a Jedi.  And if I were dating him, I would be such a good influence that he never would have betrayed the Jedi order.  But then the original Star Wars movies would be ruined.  Hmmm.  Maybe this is a con.

Cons: He's a whiny baby who talks smack on his master.  Not cool, Ani.  Also, his nickname is "Ani."  Oh and plus, there's a very limited time frame to love his face off, cause first he's a stupid kid and then he becomes horribly disfigured.  Although I probably would still hold hands with Darth Vader.


Number 5: Westley from The Princess Bride 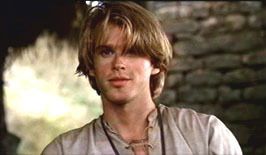 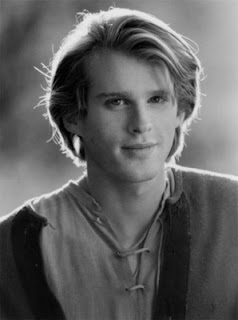 Westley gets two pictures because I want double the Westley.  He's a pirate, guys.  HE'S A SEXY PIRATE.

Pros: HE'S A SEXY PIRATE.  He'll do anything for true love.  He's clever and witty.  He's a clever, romantic, sexy pirate.  And his teeth are phenomenal.

Cons: Westley is dating Buttercup, who is a brat.  A lovely, lovely brat.  Also, Cary Elwes had to go get old and ruin my perception of Westley by taking a role in the Ella Enchanted movie.  For shame, Cary.  For shame. 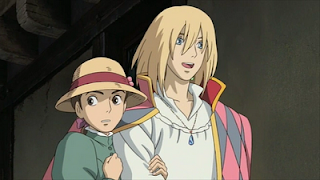 I don't know why I love Howl so effing much, but just googling pictures of him made my insides feel all squishy and mushy and I was all, "LOVE ME."  My mad hot adoration for Howl started when I saw this movie, and man, was I hit hard with true, true love.  If you haven't seen this movie, you absolutely have to.  Then you will know exactly what I mean.

Pros: Howl is voiced by Christian Bale, another super fine specimen of the male species.  Also, Howl is just as hot in the book as in the movie.  Now that's a rare find, ladies.

Cons: He's a super player.  He likes to love 'em and leave 'em.  Also, he turns into a giant bird monster, which is actually kind of cool but also would make cuddling a little hard. 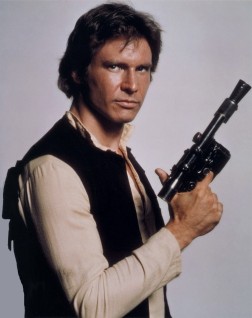 My favorite scoundrel of all time.  He's a wise-crackin' smuggler whose best friend is a walking carpet.  WHAT MORE COULD YOU ASK FOR??

Pros: He's Han freaking Solo.  Han, you can smuggle me any day.  Does that sound dirty to you?  I didn't mean for it to sound dirty.  I actually don't know what I was trying to say.  Look, Han, can I kiss you on the mouth?

Cons: He isn't real.  I lament this fact every day.


Number 2: Aragorn from The Lord of the Rings 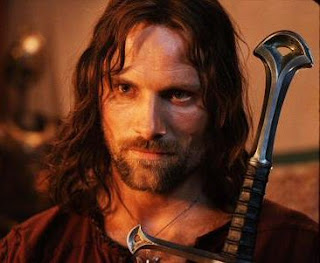 Aragorn.  Oh, Aragorn.  Here comes the point in this list where my sentences become significantly less coherent because I'm busy staring at pictures of Aragorn.  He doesn't shower, he's constantly rolling around in dirt, he's generally covered in grime, blood, and sweat, and yet he still manages to be so sexy it's almost painful.  HOT HOT LOVE.

Cons: The likelihood of him dying in some bad-a battle is very high.  And yet, he doesn't die in any of them.  So I guess what I'm saying is that he has no cons.  Maybe his lack of hygiene...?  No.  No, not even that.

Number 1: Legolas from The Lord of the Rings 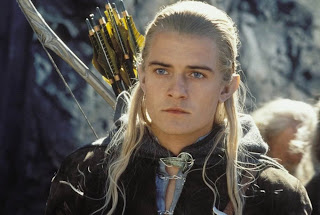 Choosing just one picture of Legolas was absolutely heartbreaking.  However, seeing my computer screen filled with photos of his elfin glory made my day about 78 times better.  I used to think that I was in love with Orlando Bloom, but as it turns out I just love Legolas.  So much.  OHMYGOODNESSSOMUCH.  He's perfect and wonderful and I don't even care that he moves like a female because he's an elf, what do you want?!?!  Also, he's bad-a with that bow.

Now please excuse me while I go watch all the LOTR movies and hyperventilate at the sexy dream team.

UPDATE: I've probably forgotten about a bajillion sexy men on this list.  As I think of them or people remind me of them, I'll post them right here on my "I STILL LOVE YOU" list, because the world always needs more lists involving smexy men.

I STILL LOVE YOU...
1. Logan/Wolverine: The steel running through your anatomy might be cold, but you are smoking hot.
2. Ronald Weasley: I find myself less attracted to you this year, but your general adorable-ness cannot go unnamed.
3. Batman: Oh Christian Bale.  OH CHRISTIAN BALE.
4. Jim Halpert: Cute, quirky, all around adorable.
5. Prince Zuko: In the infamous words of Carmen Rae Thorley, "I don't know.  The whole scar-faced, dark past thing is hot."
Posted by Megan at 12:43 PM 41 comments

Email ThisBlogThis!Share to TwitterShare to FacebookShare to Pinterest
Links to this post
Labels: Holidays make me sad sometimes, I did this for YOU, LEGOLAS MY LOVE, Sexy sexy hotness
Newer Posts Older Posts Home
Subscribe to: Posts (Atom)